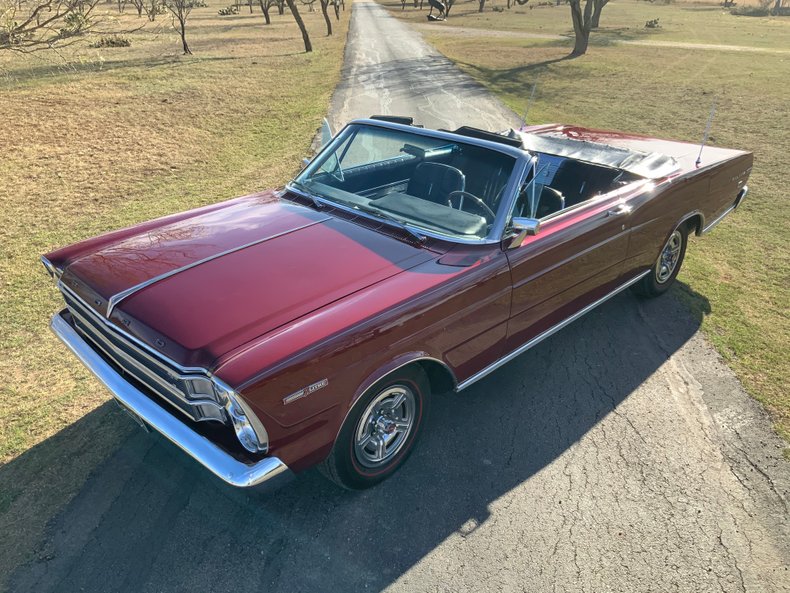 Welcome to StreetDreamsTexas as we celebrate our 21st year in the classic and muscle car business. Ford's Total Performance campaign of the 1960's was not merely a successful advertising campaign, but a universal commitment that the company would develop the cars/engines/teams that it took to win the world's most significant racing series. A long list of talented personnel helped to bring the company success in NASCAR, Formula 1, Trans-Am, NHRA, endurance racing, and at Indianapolis. On the streets of America, however, Ford was often overlooked as the young muscle car enthusiasts flocked to Chevrolets, Mopars, and particularly Pontiac GTO's. So in 1966 Ford released the 7-Litre; basically a Galaxie 500 XL with performance features and the new 428 V8. Note the similarity of the 7-Litre emblem to that of the rival GTO's 6.5 Litre badge! The big block Mustangs, however, were right around the corner and the 7-Litre lasted only one year as a separate model. Which brings us to this ultra rare 1966 7-Litre, one of only 428 4-speed convertibles produced, and possibly the only one you'll ever see. This gem has been faithfully restored according to factory codes including the 428 ci 4bbl V8 (Q), 7-Litre Convertible package (76D), Vintage Burgundy Poly paint (X), Black Vinyl 500 XL upholstery (86), 4-speed manual transmission (5), and 3.25 rear axle ratio (4). Additional factory items include power steering, power front disc brakes, power driver's seat (currently inop.), factory AM radio with rear speaker, full console, and correct GT steering wheel. Upgrades include a Holley carburetor, 427 exhaust manifolds, auxiliary gauges, and a CD player. This is a smooth, powerful, and rare snapshot of what full size performance was all about in 1966. Street Dreams (830-997-1950) is a full service dealership that can assist with worldwide delivery, insurance, and financing options.